Included: 7 nights accomodation and breakfast + 1 welcome drink at each Solar.

Portugal is a country with a rich patrimony and heritage inspired by many different cultures over the centuries as result of the maritime discoveries. It is natural therefore that a wide variety of aesthetic influences can be seen in our civil, religious and military architectural. With so much choice we recommend a visit to the old quarters of the historical towns and country villages to obtain a glimpse of the most interesting manifestations of our culture. We hope this itinerary will reveal a picture that identifies the character of the Portuguese nation, taking the visitor back to the roots and the foundation of Portugal.

Start this route in Coimbra and visit the Castro Machado National Museum which holds the oldest traces of Aeminium the Romans. Continue to the University and dazzled the Joanina Library, one of the most beautiful in Europe. Imposing façade, replicated inside by triumphal arches decorated with gilded, accumulates in their invaluable knowledge shelves in 300,000 volumes published between the sixteenth and eighteenth centuries. At 16kms of Coimbra, Conímbriga, an important Roman city, well preserved mosaics preserved that can not fail to see. Visiting the ruins of Conímbriga is to walk by the way of life of the ancient Romans. Admire the streets and houses with their covered patios polychrome mosaics, where represented various divinities and Greek mythological characters, as well as complex labyrinths and profuse geometric decorations, richly colored.

This tour continues to the Douro region’s classified by UNESCO as a place of world importance in terms of heritage. It is a place of incomparable beauty. This area belongs to the route of Cister and the entire surrounding region is well worth taking the time to explore. The city of Lamego, founded by the Celts. Lamego is proud to have hosted the Cortes of 1143 that acknowledged D. Afonso Henriques as King of Portugal. We recommend a visit to the Torre de Menagem or donjon and the city walls (11th and 12th centuries) the Church of Almacave (11th and 12th centuries), the Cathedral (12th and 13th centuries), Balsemão Chapel (7th century) and the Museum of Art and Archaeology. The 686 steps to the sanctuary of Nossa Senhora dos Remédios (18th and 20th century) are well worth the climb for the magnificent view and the luxuriant vegetation in the hilltop park. We also recommend a visit to the Franciscan convent of Santo António de Ferreirim (16th century), to the The Monastery of São João de Tarouca (12th century), to the Monastery of Santa Maria de Salzedas (12th century) and to the Parish church of S. Miguel in Armamar.

On the travel for Ponte de Lima you must do 2 stops. The 1st is in Guimarães to enjoy the great historical center (UNESCO World Heritage) and Castle of the 1st Portuguese main city (capital). After Guimarães visit Braga and discover the several churches in the centre. Don’t forget to visit the Sé and its great museum. Don’t leave Braga without a visit to “Bom Jesus” and enjoy one of the most important constructions of baroque architecture in Portugal.

Ponte de Lima is Portugal’s oldest town and one of its most beautiful. It takes its name from the Roman bridge. Ponte de Lima exudes hospitality and is endowed with great character and architectonic wealth. You can wander the narrow streets and admire gothic, manueline, baroque and mannerist facades. The old bridge was built by the Romans to connect the military road from Braga to Astorga. The local festivals include the famous Feiras Novas on the third Sunday of September honouring Nossa Senhora das Dores. Also, fortnightly on Mondays the oldest trade fair in the country takes place. It dates from 1125. This municipal district has a large number of traditional manor houses which constitute a patrimonial legacy of great importance.

Near Ponte de Lima, the River Lima bathes Viana do Castelo, a wonderful city with a historic centre not only rich in patrimony but also handicraft and a gastronomy that satisfies the most demanding lovers of food.

Here we aim to give you a new perspective of the best of Portugal. Our patrimony is reflected in the daily life of the people who welcome you. When travelling with the Solares de Portugal the insight gained from a fresh perception of our national heritage and our history makes it an exceptional experience. 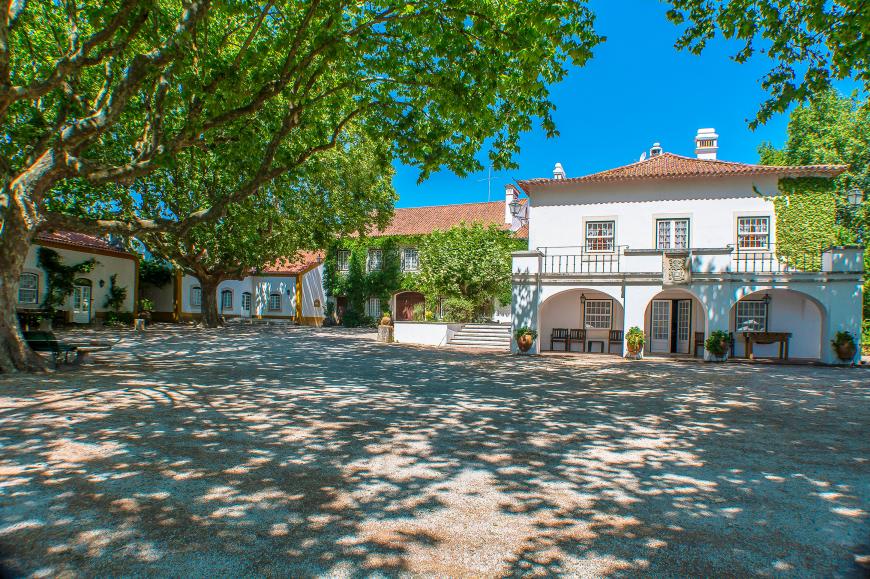 Some pages of Portuguese history have been written here, from the French Invasions to connections to the Order of Malta and to D. Nuno Álvares Pereira, third Count of Ourém. Linked to this important character of our history, is the porch chapel, one of the most important buildings in the property. It gained historical importance when, in August 1385, on the way to the Battle of Aljubarrota, the Constable D. Nuno knelt here and prayed to Saint Luzia, appealing to his divine protection. The interior, remodeled and increased in its dimensions throughout the ages, maintains the vaulted and ogee main chapel in gothic-Manueline style. 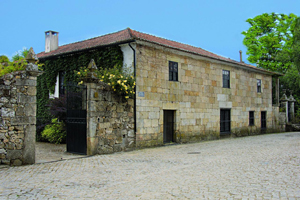 Casa de Santo António de Britiande is situated on the outskirts of the famous Douro Valley in Britiande itself, a village frequently featured in medieval documents. It is believed that the house was built in the 16th century. The house has a 17th century chapel containing panels of “Azulejos” (tiles), an alter and a ceiling in gilt carved wood. Many years ago the manor house was a place of rest for the monks of Ferreirim Convent (1,5km). 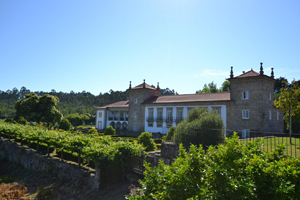 Built in the 17th century, Casa da Lage is a delightful manor house, which is distinguished by its historical background. Located in agricultural and forestry property, it offers its guests welcome the quietness, comfort and quality product of its historical, cultural values. The guests can enjoy exceptional architectural beauty such as magnificent wood ceiling; regional costumes and the unforgettable effort dedicated to the quality of restoration and Tulha cottage adaptation./p>