Included: 7 nights accomodation and breakfast + 1 wine tasting and cellar visit to each of the Solares.

Discover the Portuguese wine routes and learn about an art-form that has taken centuries to perfect. Wherever you are in the country, there’s a chance to find out about the people and places involved in making Portuguese wine. It’s an opportunity not to be missed. Lose yourself in the stunning landscapes of the wine-making regions: from the charming, verdant Minho where the vinho verde grapes grow on trellises, to the terraces of the Douro, the oldest demarcated region in the world and home of the famous port wine. In Centro de Portugal region meanwhile, the wine routes run not through the countryside, but through towns

Explore the Minho region and discover the unique Vinho Verde wine. A light and refreshing wine, Vinho Verde is found nowhere else in the world. It goes well with fish and shellfish and is perfect on a hot day. The region of Minho is in northern Portugal. The grape vines climb trellises on the hilly terrain near fields scattered with traditional espigueiros (grain stores). Granite mansions and historical buildings rise out of the green countryside and are well worth visiting. Start on the coast, in Caminha and Vila Nova de Cerveira. On the banks of the River Minho, you’ll find the pretty town of Valença. Further north, the towns of Monção and Melgaço are the main producers of one of the most famous types of Vinho Verde, Alvarinho. Not far away is the Peneda-Gerês National Park, with mountain villages full of history, like Castro Laboreiro and Soajo. Arcos de Valdevez, Ponte da Barca and Ponte de Lima owe their names to the rivers that make them attractive and cool, like Viana do Castelo, at the mouth of the River Lima. Visit Barcelos, on the River Cávado, and Braga, with its traditional regional heritage. And why not take a trip to the ancient town of Guimarães, a World Heritage site, and then see the sights at Amarante, another historic riverside town? Don’t leave without visiting the region’s most well-known estates, equally famous for their stately homes as the quality of their wines.

Discover the oldest demarcated wine region in the world. The Douro awaits you. Let the Port Wine Route surprise you! The Douro Region is the oldest demarcated wine region, having had the 'title' since 1756. Stretching along the River Douro valley, a UNESCO world heritage site, the excellent wines produced here include the famous port wine. The Port Wine Route offers the particular advantage that it can be done by car, train or boat, the river is navigable from Porto to Barca D'Alva, on the border with Spain. Let yourself be enchanted by the Douro landscape, the valleys, the winding river, the terraced vines, the pure air... And take the opportunity to visit some of the estates that produce the Douro and port wine.

Journey through two traditional wine routes in central Portugal, where the River Dão runs between mountains to coastal lagoons and sandy shores. The fertile winegrowing areas of Dão and Bairrada have records dating back to the 12th Century. Both areas are renowned for the excellence of wine they produce, and Dão in particular has been famous since the foundation of Portugal. The first route goes around the Dão region, which is dominated by granite stone. You’ll visit the town of Viseu and see its rich architectural heritage. Between the River Dão and River Mondego, the countryside is greener. You’ll discover vineyards belonging to the region’s manor houses, stately homes and the famous forest at Caramulo. In the Dão region, there are spas to enjoy, like S. Pedro do Sul. The area is also known for its romantic temples and shale-roofed villages between the River Vouga and River Paiva. The second route takes you through the Bairrada wine region, where the sea has influenced the character of Bairrada wines. Here you’ll discover the Luso and Curia spas, boasting old-fashioned hotels with the charm of the 20’s and 30’s. Neighbouring Buçaco, in the tree-covered hills, is the ideal place for relaxing on your holiday. On the coast, you’ll find the peaceful atmosphere of lagoons and rivers. There are long beaches with high sand dunes and the area is famous for the picturesque striped houses, which line the shore.

The Casa do Barreiro, in Gemieira, is an outstanding example of a place where agriculture and especially viniculture has always been the dominant activity. The house has a label with the same name: Casa do Barreiro. The house, a typical 17th century manor house, has a wine tasting cellar and, according to the time of the year, can participate in the grape harvest. The house produces wines Loureiro (white) and Vinhão (red). There is a swimming pool and gardens with beautiful tile panels by Jorge Colaço. Constructed in 1652, Casa do Barreiro has captured a certain timeless elegance in its beautiful central courtyard. Overlooking this courtyard are some of the guest rooms located in converted stables. Towards the front of the house, one may admire the spectacular view of the Lima valley. 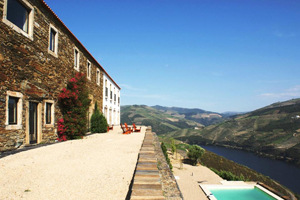 Quinta da Veiga is located on the right bank of Douro .Nearby the Ferrão’s train station, the privileged stretch between Régua and Pinhão, and characterised by schist slopes with excellent sun exposure at an altitude of 170m-220m. This area, known as Veiga do Donelo, was formed by smallholdings in past times (XVII century), which formed in our days one single property, named Quinta da Veiga a producer winery of Port and Douro wines. Inside and outside of the Manor House you can experiment the strong identity and a sense of aesthetic of the owners. The Quinta da Veiga surrounded by wine terraces, the gardens and the swimming pool, benefits from a fantastic landscape over the River Douro. 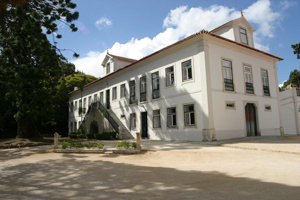 Casa de Mogofores, is a manor house from the XIX Century, is related to the Agricultural development of the Bairrada region and with the creation of the Thermal spa of Cúria. The owners produce the Campolargo Wines and they had carefully restored and decorated the house, to welcome the guests. This house plenty of charm is an ideal place to discovery the Region, and visit the Curia Spas, to taste the gastronomy and wines, to play golf, to relax and profit their landscapes.